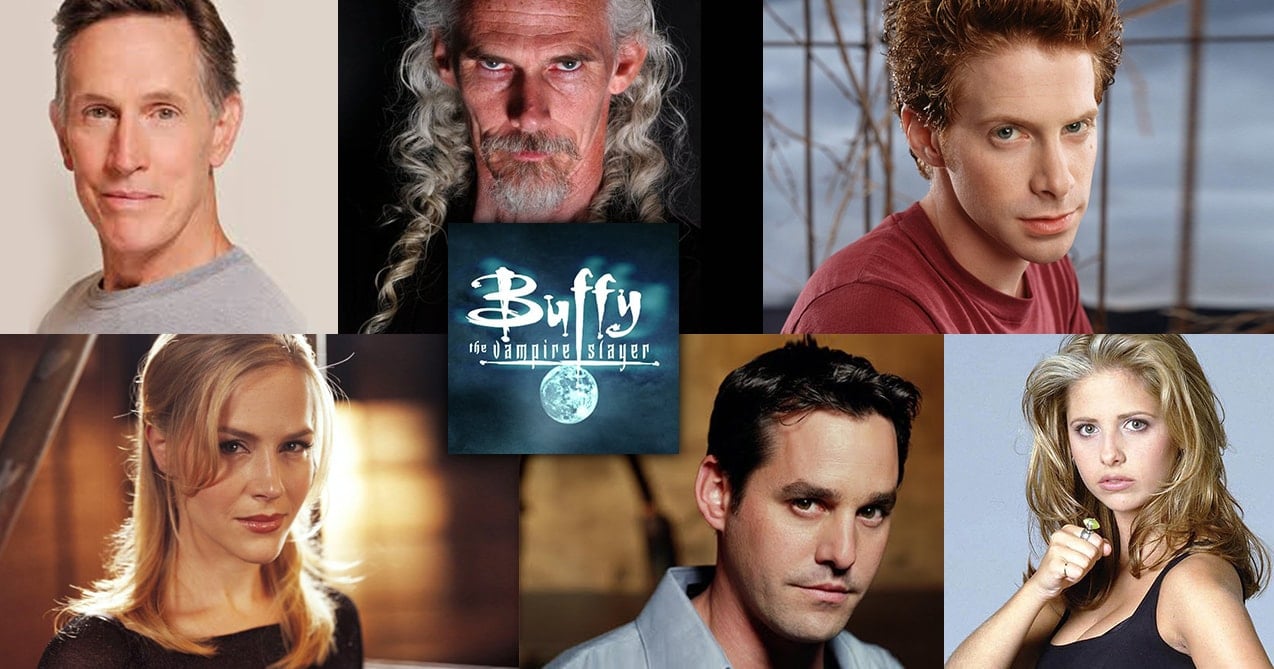 People sometimes laugh at me when I tell them that I have learned more about acting from a cult television show than an Academy Award winning motion picture. However, I have found that studying the techniques of actors who must convey a sense of realism in spite of fantastic subject matter has made me a better actor in every sense. This is why I use the television series “Buffy the Vampire Slayer” as my inspiration when taking on a new role.

Anyone who has watched or even heard of “Buffy the Vampire Slayer” knows that the meat of the series is the writing and directing from Joss Whedon and his team. Likewise, any screenwriter knows that excellent acting is required from all involved to make a script come alive. A good actor can make a superbly written script enjoyable. A great actor can create a series that continues to awe and inspire decades after its inception.

Supporting characters are often mean to give the lead a sense of purpose. They also often offer a chance for exposition, serving as the audience’s stand-in. These characters ask the important questions, helping to further the plot of a story. Excellent actors take these roles and turn them into something more than a plot device. This was the case for much of the supporting cast on “Buffy.”

One of the most difficult supporting roles on the series was that of Xander Harris, portrayed by the underrated Nicholas Brendon. In a series that was filled with witches, werewolves, demons and, of course, vampires, Brendon was the everyman who had to hold his own in an other-worldly atmosphere. The actor was given lines that were largely meant to serve as comic relief. However, his ability to add depth and meaning to simple one-liners made his character an integral part of the show. Watching Brendon, I have learned not to take any lines for granted.

Some actors were so adept at their roles on “Buffy” that their bit parts were expanded into multiple episodes, some even becoming mainstays on the series. Seth Green, who portrayed the werewolf Oz, was meant to depart in the same season that he appeared. Treating his character with unexpected sensitivity, he made the viewing audience fall in love with both the man and the monster. As an actor, Green could convey more in an eyebrow raise than some other, lesser actors might be able to do with an entire page of dialog. Green has taught me to try new angles with my characters; to explore the unknown.

Julie Benz’s character, Darla, was originally meant to be killed during the second the episode in the series. Instead, her presence was thought to add a needed layer to the romance between Buffy and her vampire boyfriend, Angel. Benz’s approach to her portrayal as a vampire was a combination of old-school horror and girl next door. She was at times soft spoken and sensual, and at other times terrifying. Benz would go on to appear in many more episodes of “Buffy” while also playing a crucial role in the spin-off series “Angel.” What she has taught me is to remember that every role can and should be multidimensional.

For the uninitiated, “Buffy” ran for seven seasons. Each season had an over-arching story that appeared throughout the series, culminating with an ultimate face-off with the Big Bad. Buffy and her gang fought many other monsters along the way. Some of the most memorable of these lesser monsters include The Gentleman, a gang of mute, heart-stealing demons who communicated through gestures rather than language; Gnarl, a parasitic flesh-eater with a sing-songy style of speech; and the Turok-Han, the ultimate vampire. Interestingly, all of these monsters were played by the same actor: Camden Toy.

Toy’s movements can be considered their own form of art. He is able to convey any type of emotion he wishes with or without a script. His episodes can be studied by anyone who wishes to be more physical with a performance. Acting is much more than the spoken word. Toy encompasses this in each of his roles.

It can be extremely difficult to visibly portray emotion when covered in prosthetics, which are required for many of the monsters on the show. The Master, played by Mark Metcalf, was a creepy vampire who was adored and feared by other under worldly creatures. With a face completely disguised throughout his run on “Buffy,” Metcalf used his gestures and voice alone to give viewers an almost sensual fright. Considering the versatility needed for these roles, the Big Bads of “Buffy” have taught me to never rely on one facet of my craft. Rather, I should hone all aspects of my acting ability to create a truly meaningful character.

Playing a superhero is never a simple task, but it was one that was made for Sarah Michelle Gellar. She chose to play Buffy Summers as a typical girl who just happened to also have super powers. Anyone could relate to Buffy’s daily struggles. She had boy problems. She worried about her hair and clothes. She had difficulty relating to her mother and studying for her SATs. Because Gellar was so able to encompass these everyday traits of her character, she was able to show the viewer a superhero that could almost be real. She was as adept at displaying physical power when fighting a monster twice her size as she was at showing extreme grief when handling the death of her mother. Gellar could play funny, frightened, determined and even bored, all in the same scene. She has taught me to never give up.