Whether you have never taken an acting class before, or need some brushing up on fundamental skill sets, our 10-week Acting for Beginners - Exploring Technique class offers valuable exercises and performance experience to develop a strong acting foundation.  It gives new actors an understanding of how actors train and the vocabulary that is used in the industry.

It is an overview class that puts what we consider the four major skill sets of actors to work.

It will also give a small glimpse into the acting industry and some basic business know how. 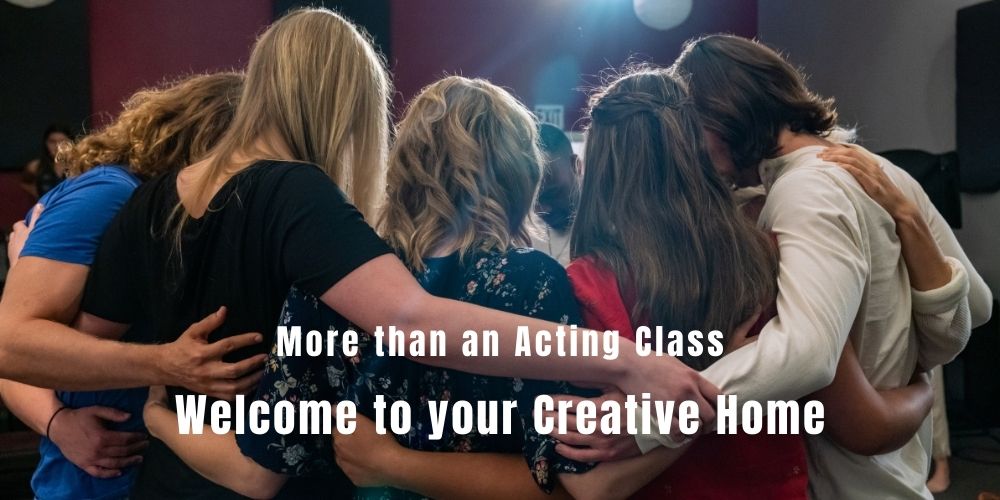 The Meisner Technique is widely recognized as one of the most effective acting techniques taught today. it gives actors the building blocks to become emotionally alive actors of depth, imagination, and truth. The great strength of Meisner Training is that it is a clear, step-by-step approach to the craft of acting. It develops complete freedom of expression and confidence in your abilities. The EMAS Meisner Technique is a traditional Meisner program, not a hybrid. We follow the syllabus that Sandy Meisner developed & William Esper refined.

The Meisner Technique works for theater, film or television because it demands the actor to be completely truthful.  Our expertise is in helping actors use the Meisner Technique to connect in a far more truthful and meaningful way to themselves, their acting partners, their imagination, the text, and the circumstances demanded by the script.

If you are interested in taking your acting to the next level - apply here or visit our website at https://www.emasla.com/classes/meisner-technique/

ACTING FOR BEGINNERS – the character in performance – Mondays 2pm

It’s why most of us decided to pursue acting - To "be" someone else. Walk in their shoes, speak in their voice, feel their pain, live their joy! – to become THE CHARACTER.

THE CHARACTER IN PERFORMANCE class gives acting students a foundation in creating truthful, dynamic characters for film, television or stage.  It teaches techniques that find the character’s voice, physicality and psychology.  Students work on strengthening their vocal and physical presence, creating characters that are believable yet completely different from themselves. Through exercises, improvisations, monologue and scene work, students acquire a comprehensive set of “acting tools” to draw upon when approaching a role.  At the end of the 10-weeks, students will know how to bring a character to life and apply their techniques in scene work and performance. 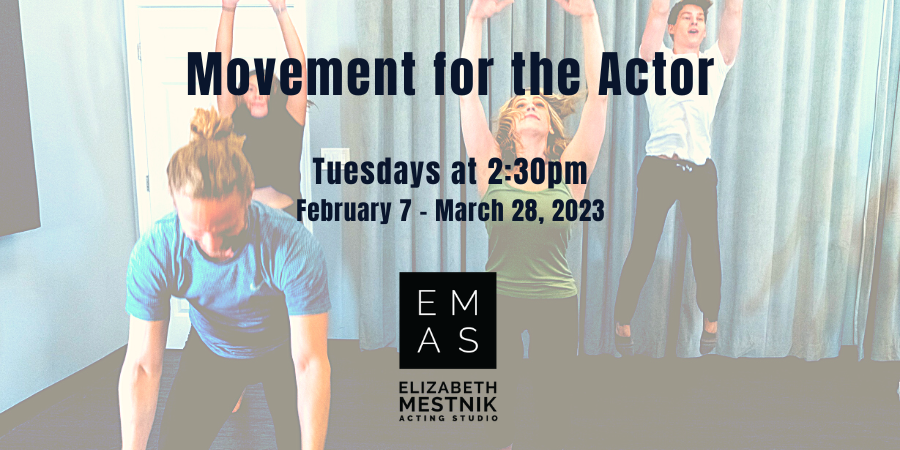 “An ounce of behavior is worth a pound of words.”        Sanford Meisner

An actor’s job is to create behavior, and behavior is expressed through the actor’s entire instrument, their body, their voice, their breath, their imagination and their impulses.  The 6-week workshop Movement for Actors helps us to unlearn restrictive habits that block experience, breath, access to our emotions and our ability for expansive behavior.

This class will use various movement techniques to teach actors how to free their bodies as well as shape their body’s energy to fill the space.  It will explore how emotion informs our physicality and what we can do to have greater access to our emotional life. 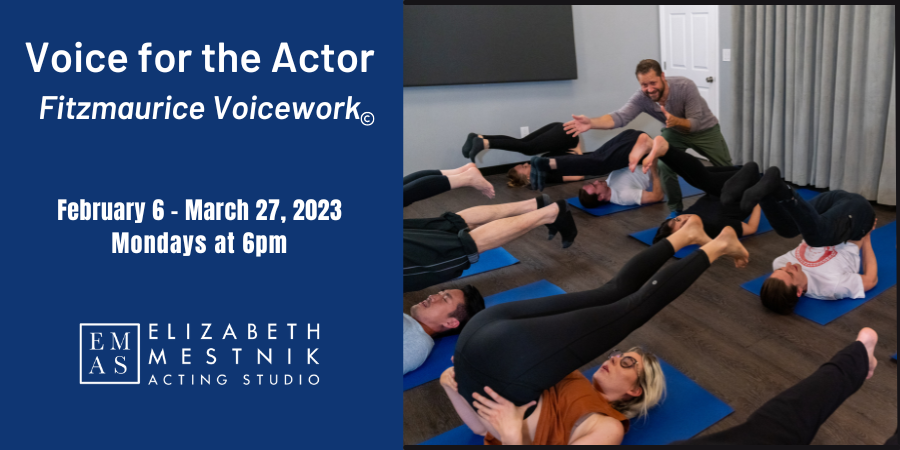 Voice for the Actor – The Fitzmaurice Technique

An actor is limited only by the range of their instrument.  This instrument includes the voice, body, breath and emotional accessibility. This class allows students in our professional acting program to add conservatory level voice training to their curriculum. The Fitzmaurice Technique is designed to let your body and voice work with freedom and full expression to access your creativity and emotional range.  This class specifically addresses:

Physicality:          Developing awareness of your vocal blocks through rigorous exercises.

Vocal Quality:     Cultivating the ability to effectively communicate our thoughts and feelings while meeting the demands of the script’s text. 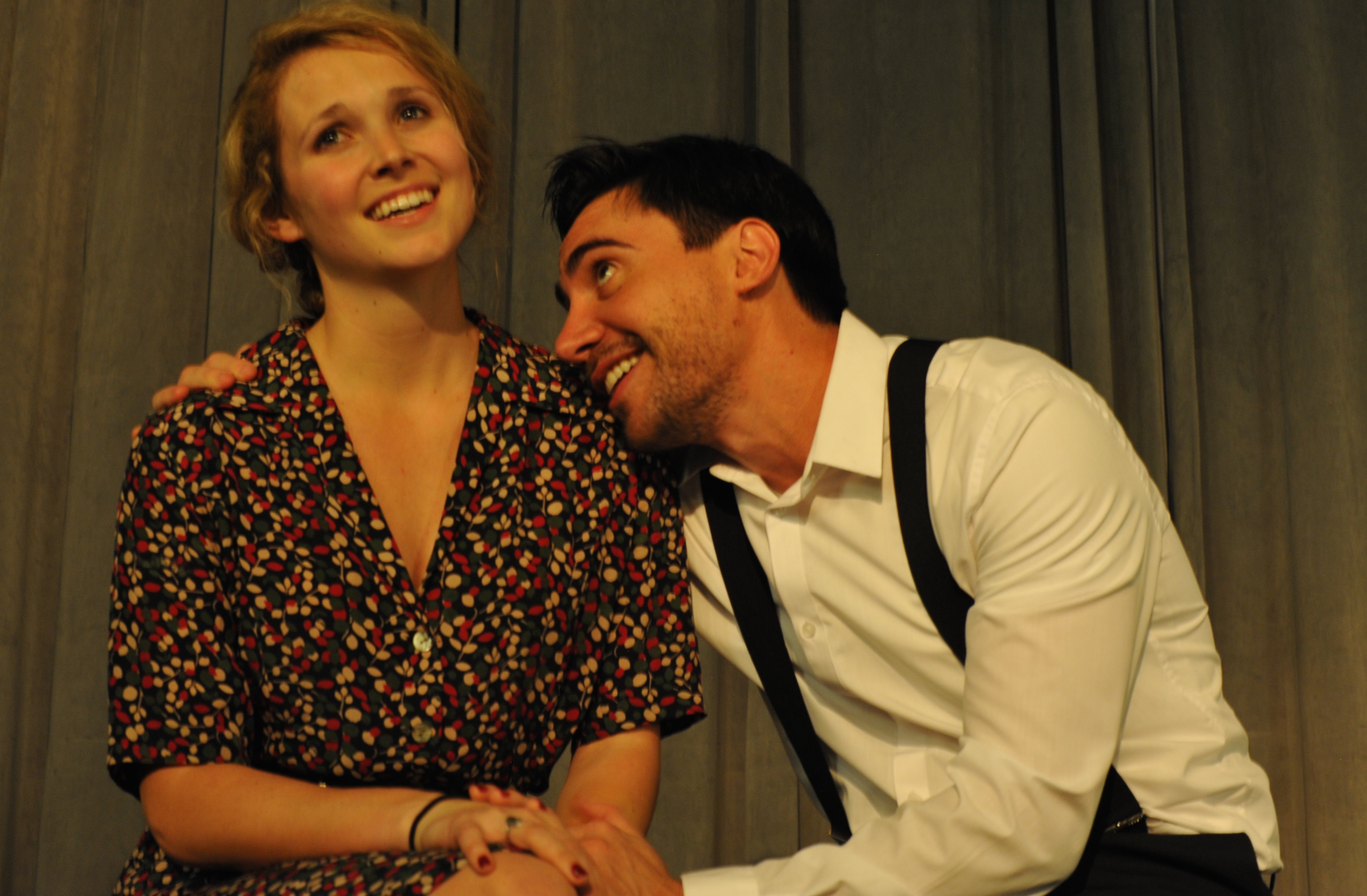 This class is a fantastic weekly workout for actors with prior training and/or significant professional experience. The class is designed to help actors dig deeply into imagination, character, emotional life, and actor connection, strengthening the essential skills actors must use in interpreting a role and preparing a scene. There is an audition process for admission into this class.