We all have to start somewhere. Whether you have never taken an acting class before, or need some brushing up on fundamental skill sets, our Acting for Beginners classes offer valuable exercises and performance experience to develop a strong acting foundation. We discovered that most beginning acting classes in Los Angeles were scene study classes, where students who had never acted before were given a scene, told to perform it, and then critiqued. That is like someone who wants to dance going to ballet class the first day – told to dance Swan Lake and then told how to do the steps afterwards. It just doesn’t make much sense to us. Acting, contrary to popular belief, does have a finite number of concrete and learnable skills.

Exploring Technique class offers valuable exercises and performance experience to develop a strong acting foundation by exploring the Actor’s Instrument. It is an overview class that puts what we consider four major skill sets of actors to work.

Exploring Technique is designed to get actors out of their heads and into their bodies so they can really explore their own creativity.

The Character in Performance class gives acting students a foundation in creating truthful, dynamic characters for film, television, or stage. It teaches techniques that find the character’s voice, physicality, and psychology. Students work on strengthening their vocal and physical presence, creating characters that are believable yet completely different from themselves. Through exercises, script analyses, monologue and scene work, students acquire a comprehensive set of “acting tools” to draw upon when approaching a role.

Both classes give new actors an understanding of how actors train and the vocabulary that is used in the industry. They also give a small glimpse into the acting industry and some basic business know how. They are useful and fun first steps into the world of professional acting training.
Whether you have never taken an acting class before, or need some brushing up on fundamental skill sets, these classes offer valuable exercises and performance experience to develop a strong acting foundation. 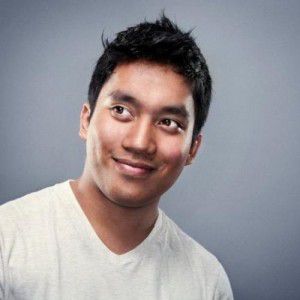 “I have had the opportunity to work with Elizabeth, Sandy, Jordana, and Michael, and it is such a relief to have instructors who love what they’re doing, and who are passionate about their craft. Trust me when I say these instructors will go above and beyond in order to maximize the learning of the students. Elizabeth is a fantastic artistic director. She has a no-nonsense way of pushing her students beyond what they have previously imagined. You can tell she really cares for her students.”
John Geronilla

Sign up above for information about upcoming classes and advanced notification of enrollment dates and interview schedules.