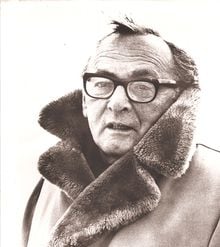 Sanford Meisner is a renowned acting coach that was born in 1905. He is credited with establishing the Meisner acting technique, which remains popular today.

Here are some of Sanford Meisner’s most known milestones in history:

The Birth of the Meisner Technique
The Meisner technique is the brainchild of the actor himself, and it pays special focus to the following:

Today, the Meisner technique lives on in many top acting schools across the nation. Sanford Meisner, who was known under the alias “Sandy” to many, is respected as one of the leading acting coaches in American acting history.

THE PROFESSIONAL PROCESS – A BUSINESS OF ACTING 1-DAY WORKSHOP

From agent meetings to thank you cards, we cover the important questions facing actors as they make their way in Hollywood. Many actors feel ready to get their foot in the door, but HOW?

Money, unions, agents, managers, casting directors, finding your type and navigating it all with authenticity and integrity. In this workshop we tackle those questions and more. Actor training is key to the development of any artist. However,…once you learn how to act you need to know how to get people to hire you to ACT!