Pilot season in Los Angeles is a bit like the holiday season everywhere else: Some people are celebrating, some people are depressed and everyone is spectacularly stressed. However, instead of trying to find the perfect gift to put under the tree, showrunners and casting directors are searching for the perfect actors for their casts and TV networks are looking for the perfect shows to add to their schedules.

What, Where and When Is Pilot Season?

For decades, pilot season has been the wheel that keeps L.A.’s television industry turning. Each summer, writers and producers pitch hundreds of TV show ideas to major television networks and, of those, TV executives order around 70 pilot scripts to be written. Of those 70 scripts, around 20 will go before cameras to become pilot episodes. It is those 20 or so pilot episodes that create a casting feeding frenzy between the months of January and April.

While there are major television production hubs in other North American cities, such as Atlanta, New York, Toronto and Vancouver, the center of the pilot season universe is still L.A. Even if a show’s production is based in one of those other cities, some or all of the casting will take place in the City of Angels.

What About Netflix, Amazon, Hulu and Other Streaming Networks?

There is no question that Netflix and other streamers have significantly changed the game in Hollywood. The most obvious change has been the way streaming networks order their programming. Instead of taking pitches and ordering a script or pilot episode, Netflix takes pitches and greenlights an entire series. For a while, Amazon took a different approach, ordering a handful of pilots and letting subscribers vote on the ones that would move to production. However, Amazon officially dumped that model in early 2018 and is now orders full series just like Netflix.

Some have wondered if these full-season orders would shortcircuit the traditional pilot season, but, for now, major broadcast networks like ABC, CBS, NBC, FOX and CW still use this model to cast their shows. Until that changes, pilot season will continue to be a massively important event on every actor’s yearly calendar.

To help get actors ready, here are some tips for surviving the 2019 pilot season.

How to Surive L.A.’s Pilot Season

Actors must have an agent. Period. During pilot season, casting agents see literally thousands of auditions and self-tapes from represented talent. They do not have time to see unrepresented actors, so actors shouldn’t waste their time attempting to defy the odds. They should spend their time getting an agent.

Actors who are already in L.A. and have representation are ready to dive in and hit the audition circuit. However, actors based in Toronto, London, Sydney or even Peoria need to lay down solid groundwork before hopping on a jet. They need representation, work papers and, most of all, a way “in.” That means that they’re coming off a hot project that will open doors for them or they (or their representation) have pre-existing relationships with L.A. casting agents. If not, they should consider doing self-tapes for a season or three. A self-tape can get an actor called into the room, giving them that coveted way “in” and make the cost of travel worth it.

3. Understand the calendar and the casting pyramid

Networks are almost always looking for name actors to headline their new series, and these parts are typically the first ones cast. Next to be cast are the supporting roles, which will largely be filled by working actors with long resumes. However, there is some wiggle room here, and that’s where the opportunity lies for lesser-known actors. As February turns into March turns into April, the casting room door opens wider and wider. This is the time of year when most of the big fish have been landed and casting directors are desperate to find the right people for the last remaining roles. This is when actors are more likely to land the break they’re looking for. Get in the room, and anything can happen.

4. Prepare well, and leave it on the floor

Actors should read their sides, learn their lines, and then do what they were meant to do: Act. Auditions can be stressful and scary, but they give actors an audience to practice their craft in front of, and they should fully embrace that opportunity. They should know what they want to do with the character, but they should be loose and adaptable enough to play off their scene partner (if they have one) and take direction from the room. Whatever happens, they should leave knowing that they gave it their best shot and they now have more experience under their belt.

Actors will have many friends that book pilots or other TV work before they do. They will also walk into audition waiting rooms and see other actors who are younger, older, fitter, better looking or seemingly more qualified than they are. It does no good for actors to compare themselves to others. As trite as it may sound, each person has unique talents, and the only thing an actor can do is learn their craft, prepare for each potential part and do their very best on the day of the audition. The rest is out of their hands.

6. Don’t forget about other opportunities

Yes, pilot season is the biggest event of the year, but it is also the second half of the traditional broadcast television season. Even if an actor doesn’t land a pilot, he or she can book work on existing TV series. In addition, thanks to Netflix, Amazon and cable, the mold for the traditional broadcast season was broken years ago. All platforms, including the major broadcast networks, are casting series all year long. Actors who land small roles on a fourth- or fifth-year series can use that experience to land bigger gigs, including pilots, in the future.

The television industry is tough for 99 percent of actors. It’s tough to break into, and it’s tough to sustain a career in. Some degree of failure is inevitable. However, just because an actor botches an audition or fails to land a part, it doesn’t mean they aren’t good at what they do. It also doesn’t mean they should throw in the towel. So many successful actors have had a moment, or many moments, when they thought they should give up, move home and get a “real job.” Many have toiled for years as waiters or cashiers before they became “overnight successes.” As the recent viral story about former “The Cosby Show” regular Geoffrey Owens proved, many actors have had to get second jobs even after consistently working in the industry for years. Actors shouldn’t quit because they feel discouraged; they should only quit if they no longer love acting.

This might sound self serving, but that doesn’t mean it’s not good advice! EMAS is only one of several excellent acting studios in the LA area. Taking classes offers you a chance to play an active role in progressing as an actor, an empowering experience in an industry where luck, timing and factors that are largely out of one’s control can seem to play an outsized role, particularly in the beginning.

In addition to the inherent value of growing as an actor, studying with a group of like-minded, similarly driven actors creates an excellent peer group for actors who may not yet have established themselves socially or professionally in LA.

Just like every other career, acting isn’t everything. Family, friends, pets, nature, exercise and hobbies are critically important and shouldn’t be neglected while an actor pursues his or her dream of booking a pilot. Not only can a life outside of the entertainment business bring an actor joy and keep them grounded, but it can expand their breadth of life experiences and help make them a better actor. Being happy and well-rounded is the best thing an actor can do for their mental health and their career. 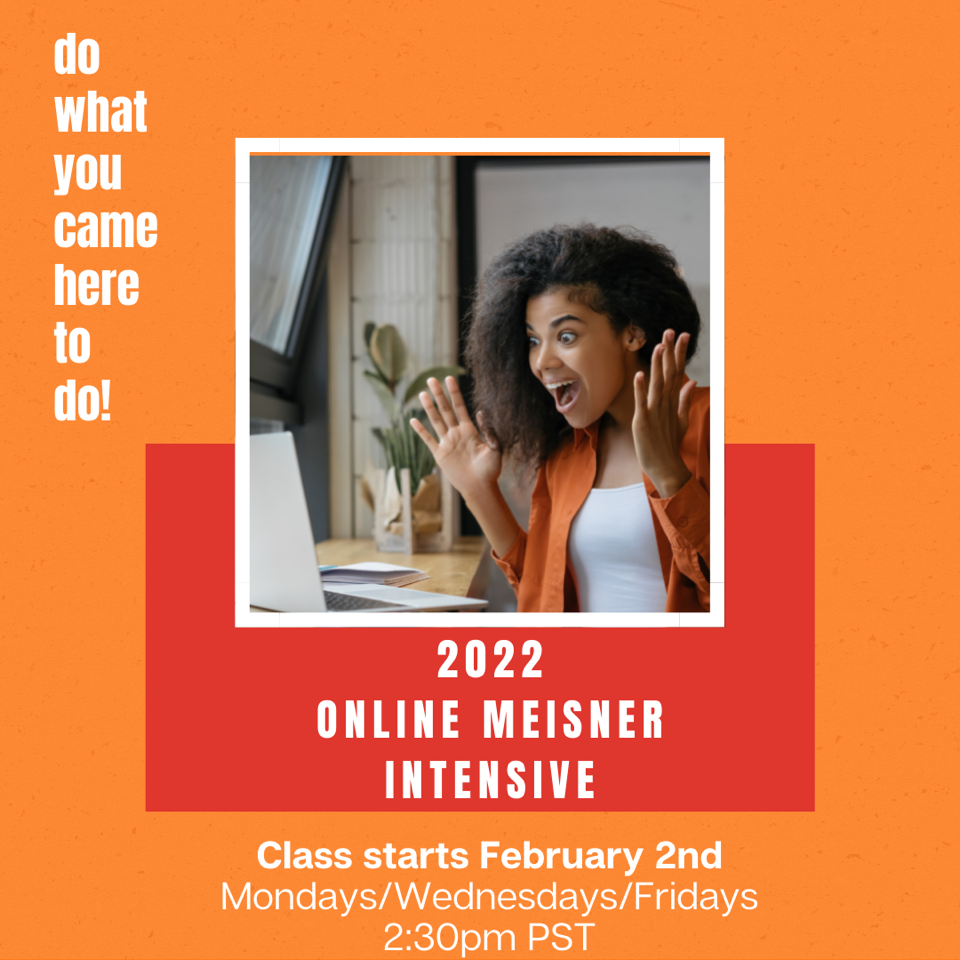