This is L.A. The pressure is on to get going with your acting career. Living here can make you feel like you’re in a race to “make it” before you get too old, too broke, or too cynical. You’ve got to be at the top of your game at all times: trained, represented, available, confident. And so, to keep all these balls in the air, you go to the gym, you keep your wardrobe spiffy, you network, and you keep training – all while finding myriad ways to pay your exorbitant rent and keep your car running so you can get to the audition to book the job to pay your rent and pay for more classes to get you to the next audition. It’s exhausting. And difficult. And expensive.

So why, with the long list of classes we can and should take as actors, would we take a class on acting Shakespeare?
Two words: mad skills.

Granted, playing Shakespeare may seem like the broccoli of acting; do your Shakespeare so you have a nice balanced diet of contemporary and classical roles in your repertoire. And let’s face it, most of our English teachers did us a disservice by asking us to drudge through reading one of the plays in the canon – a process sure to discourage even the most enthusiastic among us into any further study. And then there’s the prospect for employment – it’s not like Shakespearean actors are in high demand for high paying roles.

When you think about really great actors that you admire in contemporary film and television, chances are they’ve done some Shakespeare. In fact, more and more, casting directors rely on those British thespians with a background in the Bard for coveted roles. Here are a few you may have heard of: 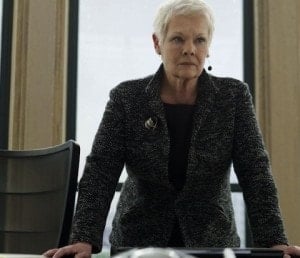 So what are these “mad skills” I am suggesting you develop by learning to play Shakespeare? Without launching into a tome, here are the three biggest:

We are becoming increasingly accustomed to language short hand – as if texting has seeped into our verbal communication and renders us unable to articulate a full, complex, and emotionally-rich thought. ICYMI. OMG. WTF? ROTFLMAO! Just getting my students to fully embody the interjection “OH!” can be incredibly challenging.
Fact is, we just don’t have a rich tradition of rhetoric in America. The seeming inability of our current political leaders to deliver inspirational addresses is yet another example of our shift away from practicing and honoring the deliciousness of language.

Acting Shakespeare demands that an actor operate at the highest capacity of intellect, emotion, and vocal and physical expressiveness. His characters are intelligent and complex, his themes cover the breadth of humanity’s extremes, his words are evocative, colorful, descriptive and alive in their mere vibration. It’s our job as actors to reach out with those words and grab the audience and, as the great Shakespearean director and co-founder of the Royal Shakespeare company John Barton reminds us in the brilliant series Playing Shakespeare, we must MAKE them listen.

BRINGING YOUR IMAGINATION TO A FULL AND RICH LIFE

Most actors have heard Sanford Meisner’s definition of acting: to live truthfully under imaginary circumstances. And there is no greater playground of imaginary circumstances than Shakespeare’s plots. They are jumbo blockbuster movies, colossal melodramas full of heroes and villains, intrigue, danger, deceit, love, hate, clowning, slapstick, twists, monsters, and magic. Learning to give yourself over to, and splash around in these extreme circumstances and bring them to life is one of the true joys of being an actor.

Patrick Stewart once explained how Shakespeare prepared him for his career: “I think that the experience that we get in making a 400-year-old text work is exactly what you need for giving credibility and believability to fantasy, science fiction, and the like.”1 It’s quite an artistic stretch to get related to a circumstance, like Titania’s in Midsummer Night’s Dream, where she, the queen of the fairies, falls madly in love with a “rude mechanical” (laborer), Bottom, who has the head of a donkey. Or Lavinia’s predicament in Titus Andronicus, where she is violently raped and butchered (tongue cut out and hands cut off) after her lover is murdered. We must “live truthfully” under these circumstances if we are to bring these characters to life for our audience. It’s a tall order indeed.
Let’s remember, too, that Shakespeare’s plays during his time were created upon a bare stage, with minimal props and only functional set pieces. Creating an island, or a majestic throne room of a palace had much more to do with the actors use of their vivid imaginations and language to bring the audience into the setting with them. This skill serves an actor well today when an increasing amount of film work will be acted in front of a green-screen, with digital effects added long after the acting has been captured. An actor’s ability to bring to life what does not exist in reality is vital to a compelling performance.

CONNECTING US TO OUR HUMANITY

As fantastical and outrageous some of Shakespeare’s plots and characters may be, the reason they still resonate 400 years later has to do with their deep understanding and reflection of the human condition. Famed Shakespearean director Trevor Nunn, in an interview with The Telegraph, even argues that the Bard’s themes resonate more than religion: “Shakespeare has more wisdom and insight about our lives, about how to live and how not to live, how to forgive and how to understand our fellow creatures, than any religious tract. One hundred times more than the Bible.”2

Certainly today, any theatergoer experiencing Henry V can feel the reverberation of the consequences and cost of going to war. At the same time, the play Julius Caesar reminds us how the fears of the masses can be exploited and manipulated by unprincipled leaders (presidential politics). Even our teenagers, whose first foray into Shakespeare is most likely Romeo and Juliet, recognize the fatal consequences of feuds and unwarranted hatred between and among human beings (immigrants and refugees).
An actor’s journey, though very personally enlightening, is also demanding in a more universal way. We are the harbingers of humanity’s empathy. We must be willing to explore, discover, and understand the depths of the human condition if we are to invite our audiences to open their eyes with us. If our profession is to be anything more than vanity, we must embrace our role in opening their hearts and minds.

Now based in LA, Diana Jellinek is an actress and an acting coach with extensive experience on stage and screen. Learn more at:
Diana Jellinek’s Website
Diana Jelinek’s IMDB Page 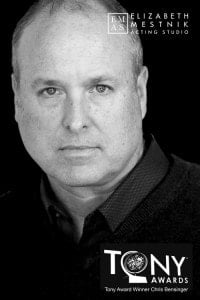 In light of the increase in television and film productions in which singing is a required skill, (Empire, Pitch Perfect, Glee, La La Land) this class has been developed to fill a gap in the Los Angeles acting community for professional singing performance instruction. Limited to 10 students, each singer will work every class. Singing training/experience is strongly encouraged, as this is not a class where students learn to sing, but rather where they strengthen the performance aspect of a song. The final class will be a performance night for invited guests.

Tuition is $420 with a 50% deposit required for registration. Students can can read more about the Musical Theatre class here, and register at https://www.emasla.com/registration/