Playing Shakespeare can be one of the most challenging, and ultimately most rewarding experiences in an actor’s training. The ability to transform Shakespeare’s words into a full, living character is the skill that serves an actor for a lifetime. The language is rich, the characters are complex and many of his basic themes – love, treachery, honor, bravery and political intrigue – still resonate today.

Much has been made of the recent flood of British-trained actors being cast in leading film roles. In the last few years, Henry Cavill was cast as Superman, Christian Bale played Batman, and David Oyelowo portrayed American civil rights leader Martin Luther King Jr. Ian McKellan, Judi Dench, Mark Rylance, Helen Mirren, and Patrick Stewart are some of the famous Brits who honed their acting skills on Shakespeare before becoming A-list Hollywood stars.

There is no greater challenge for an actor than performing Shakespeare. The plays were written over 400 years ago and meant for performance on a barren stage. Today, actors of Shakespeare have the responsibility of bringing complicated characters to life and unraveling convoluted plots for audiences that may have difficulty understanding the text.  What a great workout.  We believe that if you can act Shakespeare well, you can do almost any other role. The stakes are so high that to be truthful, the actor’s emotional, vocal, and physical range must be full and vast – it is the FULL ACTOR WORKOUT.

This class teaches practical skills for playing Shakespeare: how to deliver heightened language, elicit appropriate physicality, and explore a personal connection to their character.

Studying and Performing Shakespeare will give the actor great verbal dexterity and literacy.  Combine that with the raw emotional truth of Meisner Training and you will have the best training from both sides of the pond. 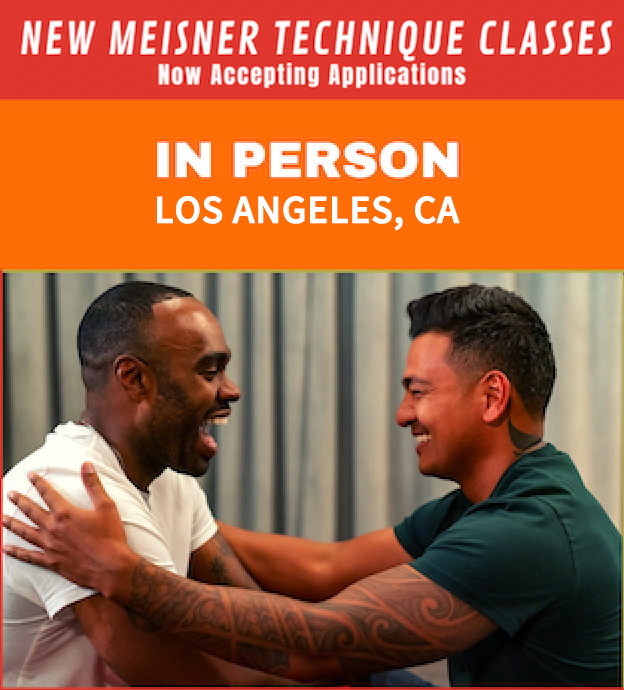