The decision, no not “The Decision” as in the televised announcement by LeBron James on ESPN on July 8, 2010, but the decision that we as actors made. The decision TO BE an ACTOR… (to be or not to be, sorry I just had to). A decision that actually does have some parallels to King James of the now World Champ, Miami Heat. Both decisions required for many an actor and Lebron to embark on what Joseph Campbell called The Hero’s Journey. Where the chosen one must depart his or her old world to journey into the new world in search of their inner and outer prize. For Lebron that journey meant leaving his home city of Cleveland, Ohio for that of the uber hip city (especially by comparison) of Miami, Florida. The outer prize was the NBA championship, and the inner prize was one from self validation to growth as man. For many an actor our journey means leaving the comfort of our home state for that of the upside down world of Los Angeles or New York. In search of the outer prize of money, fame, oscars, and the inner prize of self actualization and self validation.

This was a decision I made over 8 years ago. When like Lebron I decided to take my talents out of Ohio. However, packing up my car and moving to Los Angeles was not enough to win the spoils of a successful actor. Much like it wasn’t enough for Lebron to be the number one draft pick and take his team to the finals. There was still a little more that needed to be done. A few more decisions that one must make. Tony Robbins says

“It is in your moments of decision that your destiny is shaped.”

“A real decision is measured by the fact that you’ve taken a new action. If there is no action, you haven’t truly decided.”

I find these quotes to be very empowering, because as an individual the simple act of making a decision and taking massive action can bring you the inner and outer awards you’ve been longing for. Yet, like myself and Lebron, we must truly asses where we’re at and make the next decision that will shape our destiny. Lebron made his “Decision”, took action, and it earned him a coveted NBA Championship. I made my decision to shine as bright as possible and it awarded me a beautiful role on an amazing pilot and a life as a working actor.

My decision was made after losing out on a pilot a year ago. After being sent home from my first ever studio test I had to sit with the disappointment of missing out on a what seemed to be a dream job acting on a series with Kevin Bacon. To think I would have been only one degree away from Kevin Bacon! The loss was too much. I cried alone at night and held resentment as I watched my peers book pilots and feature films. My girlfriend at the time found it tense to be around me, and helped somewhat to pull me out of the fog. But the real tipping point came months later. The girl I was now dating was coping with her mother dying of stage four pancreatic cancer. I asked her what it was like and what her mother had shared with her. She started her story off with memories of the good deeds her mother performed. And told me if anyone knew about death it would be her mother given the fact that she ran a funeral parlor as a profession. She told me how she flew back to her mother with pen and paper in hand ready to scribble down the life lessons like a court stenographer. But she said there were no gems… Only anger and resentment. Anger and resentment at never leading the life she wanted to live, and to be the person she knew she could be. Later after hearing this story I would hear through a church sermon that “unfulfilled dreams left unexpressed manifest as diseases of the body”. I remember thinking about the emotions I would have if my life were knowingly cut short. Thinking about the unexpressed dreams within me that were yearning to break free. And the responsibility to my body as a temple to express those dreams. And it was at that point that I made a decision to change my destiny.

“The whole world steps aside for the man who knows where he is going”.

Once I made my decision I began to really focus and apply myself. I found that things just started to click. Many of the lessons I glossed over from my years at Elizabeth Mestnik’s Acting Studio started to solidify and make perfect sense. It was like that decision was the missing puzzle piece that connected all four corners of my puzzle. I noticed how my preparation deepened. How the casting directors favorably responded to me. And how my mentality shifted from thoughts of “why can’t I”, to “yes I can”. It was literally a decision that changed my destiny. I didn’t need to change agencies, get new headshots, or find a new acting coach. I just needed to use my god given power of free will!

So, to those who can be honest with themselves, I say to tell it like it is and have a talk with yourself. Ask yourself how you want to feel about your decisions at the end of your life. Just be honest. Then make the big decision and reap the rewards. Go forth and shine! 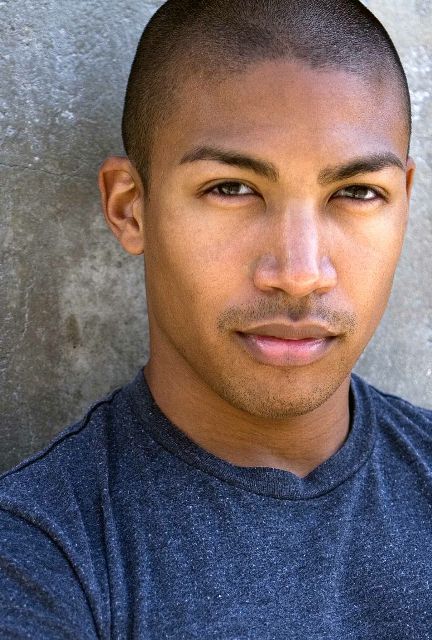